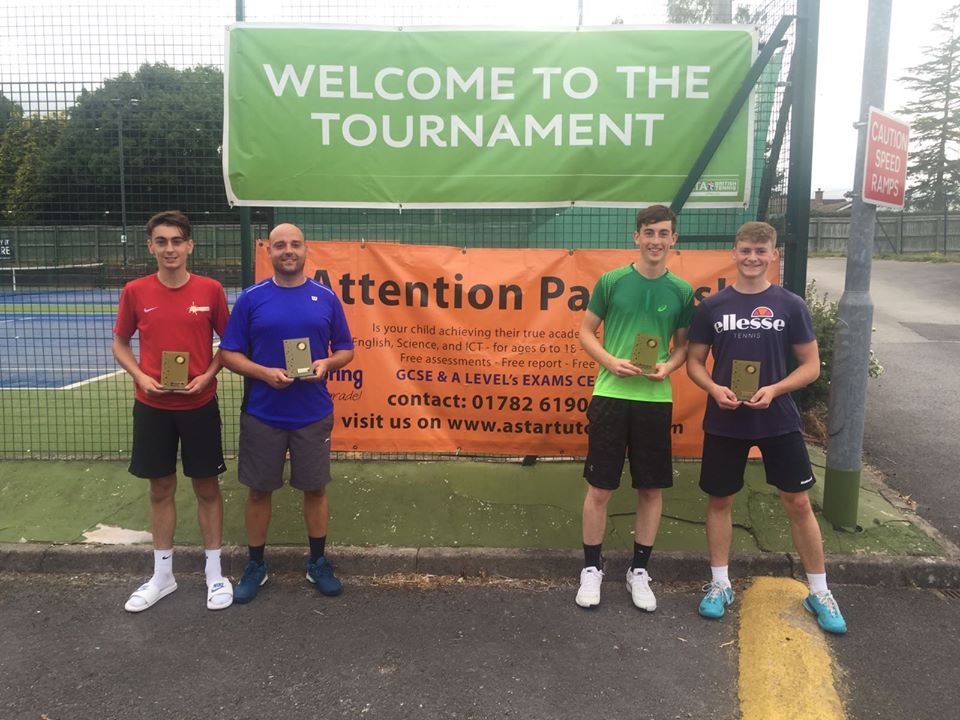 The Draycott Open 2018 took place from the 5th to 8th August at Draycott Racquet & Fitness Club.

The 14U Boys Singles was won by Reuben Rees-Slawson from North Wales with the runner up being Will Heron.  Reuben beat Will 4-0, 4-2.

The 16U Boys Singles was won by Charlie Clark from Stockport with the runner up being Camron Stevens-Thys.  Charlie beat Cameron in a tight match winning 10-2 on a third set Match Tiebreak.

In the Men’s Singles it was an all Draycott Final with Gabe Korlyco-Bowers playing James Ledger, Gabe the Number 1 seed took the match 4-3, 1-4, 10-9.  The winner of the Men’s Consolation was Guillermo De La Mata from Leicestershire.

This year the Tournament was kindly sponsored by A Star Tutoring who are based on North Staffordshire.

Back to all news
Back to top