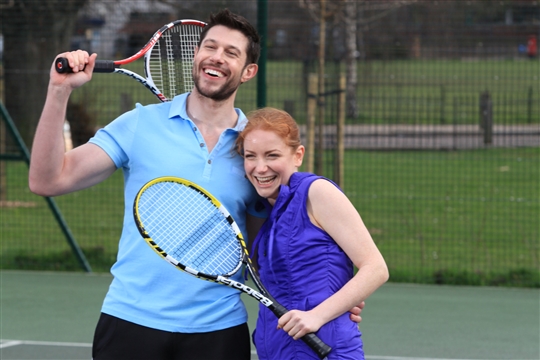 All adult group tennis coaching is pay & play, £5 for members and £7 for non members unless stated.

We have 2 indoor courts so rain never stops play....come down and have a game.

Our organised club sessions are at the heart of the club, with numerous hours of organised doubles play available each week as part of your membership*.  You simply turn up with your racket and get mixed into a 4.  Each of the following sessions is 2 hours.

* A coach is on hand during this club session, plus indoor courts are available in Winter.   The cost is £6 for non members and £3 for visitors.

Draycott players enjoy a lot of competition throughout the year with 10 different tennis teams (ladies and men’s) competing in District and County leagues.  Any members wishing to play in Club matches should contact us.